In 2020, the Carrières de Lumières will be illuminated by Salvador Dalí’s famous specific works.The new immersive exhibition entitled ‘Dalí, l’énigme sans fin’ (‘Dalí: the endless enigma’) will encompass more than sixty years in the career of the Catalan master, who developed and invented various artistic styles.

Visitors will be able to explore a thematic itinerary comprising surrealistic and metaphysical landscapes and will be immersed in the artist’s amazing and highly imaginative works. Exhibited around the world (the Gala-Salvador Dalí Foundation at Figueres, the Dalí Museum in Florida, the Reina Sofía Museum in Madrid, and MoMA in New York) these works, which can be interpreted on so many levels, will be brought together in Les Baux-de-Provence. Displayed and brought to life on the floors and the walls up to sixteen metres high, visitors will be able to observe every detail of the brushstrokes, lines, and material effects.

Paintings, drawings, photographs, sculptures, engravings, films, and archive images will highlight the unique personality of the painter with the famous moustache, as well as his obsessions with the strange and the supernatural, and his fascination for Gala, his muse and wife. Emblematic masterpieces, from Melting Clocks, Face of Mae West, and Atomic Leda to the Temptation of St Anthony, will demonstrate the extent of Dalí’s talent as the creator of new languages and unique canvases, inspired by the great masters of painting such as Velasquez, Raphael, Vermeer, and Millet.

The latest production by Gianfranco Iannuzzi, Renato Gatto, and Massimiliano Siccardi will focus on the various aspects of the artist’s approach: from his initial Impressionist- and cubist-inspired works to his mystical works with their religious themes, and his surrealistic period and his work with the theatre, photography, and the cinema.

More than thirty years after his death, Dalí and his ‘Paranoid Critical Method’ still resonates today. Visitors will discover, from a fresh perspective, the painter’s optical effects and dreamlike evocations, which he channelled into artistic works. ‘Dalí, l’énigme sans fin’ (‘Dali: the endless enigma’), which will last for around forty minutes, will reveal the mirrors of the painter’s inner world in an almost hypnotic atmosphere.

The entire digital exhibition will be set to the music of Pink Floyd. Constantly experimenting and rejecting all rational mechanisms, these icons of painting and music shared a fantastical visual imagination, in which obsessive visions and technical virtuosity were blended. Dalí’s deep colours and extended and voluminous forms emerge on the walls to the sound of tracks from legendary albums such as The Dark Side of the Moon and The Wall, plunging visitors into a soaring, peaceful, and troubling world.

This retrospective exhibition associated with the music of the legendary 1960s group, will take visitors on a timeless journey that awakens the subconscious and buried thoughts, in which Dalí's œuvre remains a mystery and an endless enigma.

Gaudí: the architect of the imaginary - The short programme

‘Gaudí, architecte de l’imaginaire’ (‘Gaudí: the architect of the imaginary’), specifically produced for the Carrières de Lumières, will focus on Antonio Gaudí, a great source of inspiration for Dalí. His works from the beginning of the twentieth century, which were initially described as whimsical and provocative, were defended by Dalí. The painter published an article entitled ‘De la beauté terrifiante et comestible de l'architecture modern style’ (‘Of the Terrifying and Comestible Beauty of Modern Style Architecture’) in 1933, which signalled a renewed interest in Art Nouveau.

This immersive exhibition will pay tribute to the ingenious architect via his modernist buildings that have now been listed as UNESCO World Heritage sites. It takes visitors on a journey that embraces dreams and reality, ranging from the Parc Güell, the Casa Batlló, and the Casa Milà to the Sagrada Família.
Via the interplay of light and materials, the Carrières de Lumières will take on the appearance of hyperbolic vaults, oblique pillars, and undulating facades, and will be adorned with organic motifs and glass and ceramic mosaics. An imaginary city will be created to the sound of Gershwin’s musical curves. Visitors will be able to observe the Catalan light over a day, reflecting the spiritual illumination of the artist, who succeeded in giving the abstract artistic form. Between spirals, bright colours, colossal and towering buildings, ‘Gaudí, architecte de l’imaginaire’ (‘Gaudi: the architect of the imaginary’) will highlight the Catalan architect’s limitless creativity and bold projects. 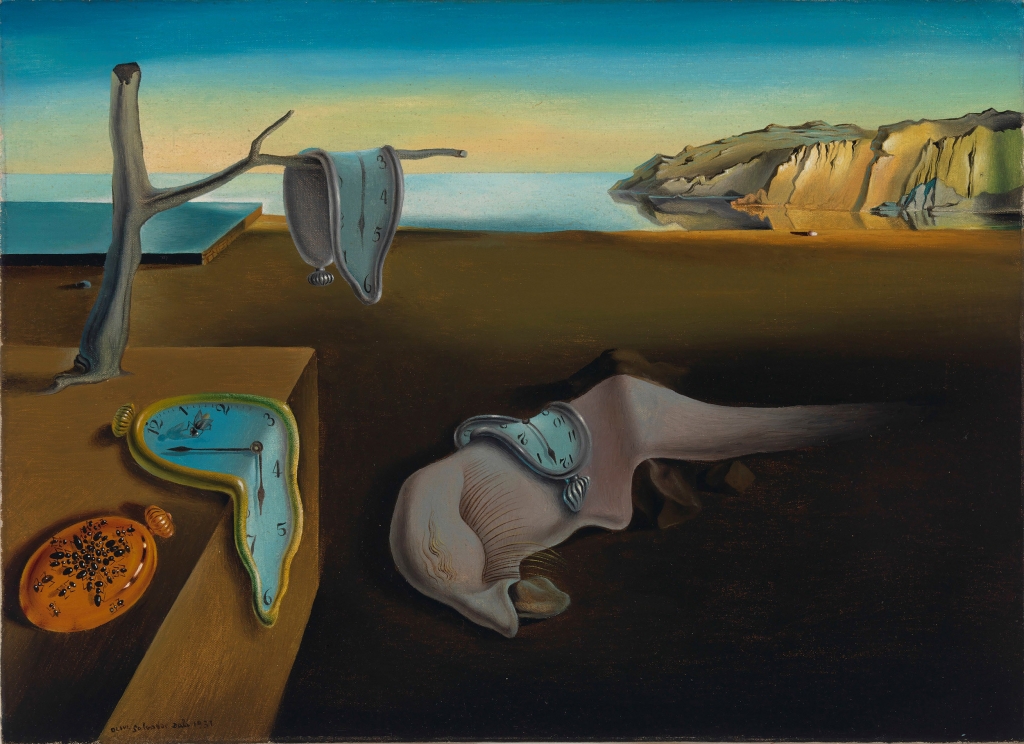 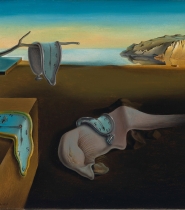 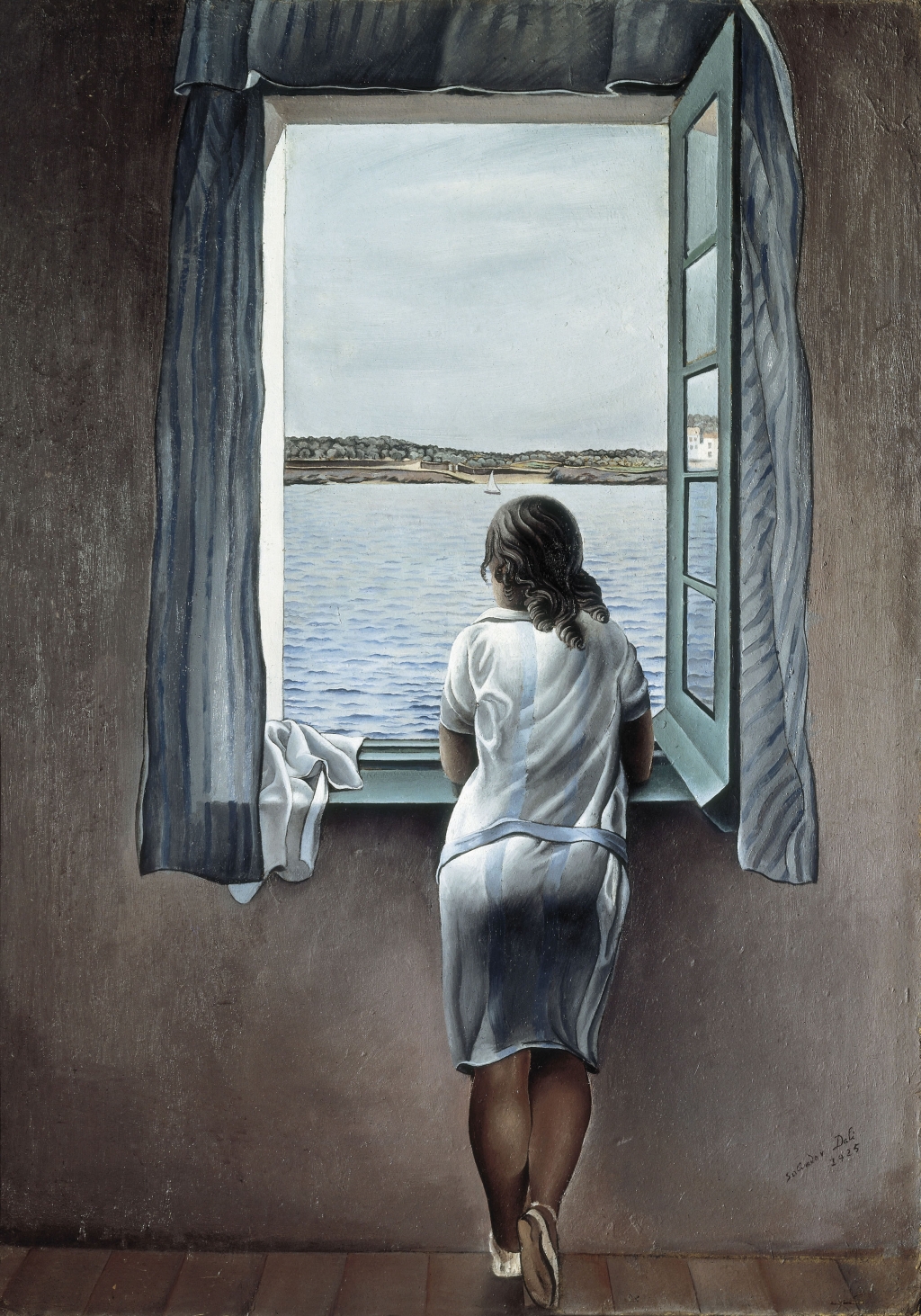 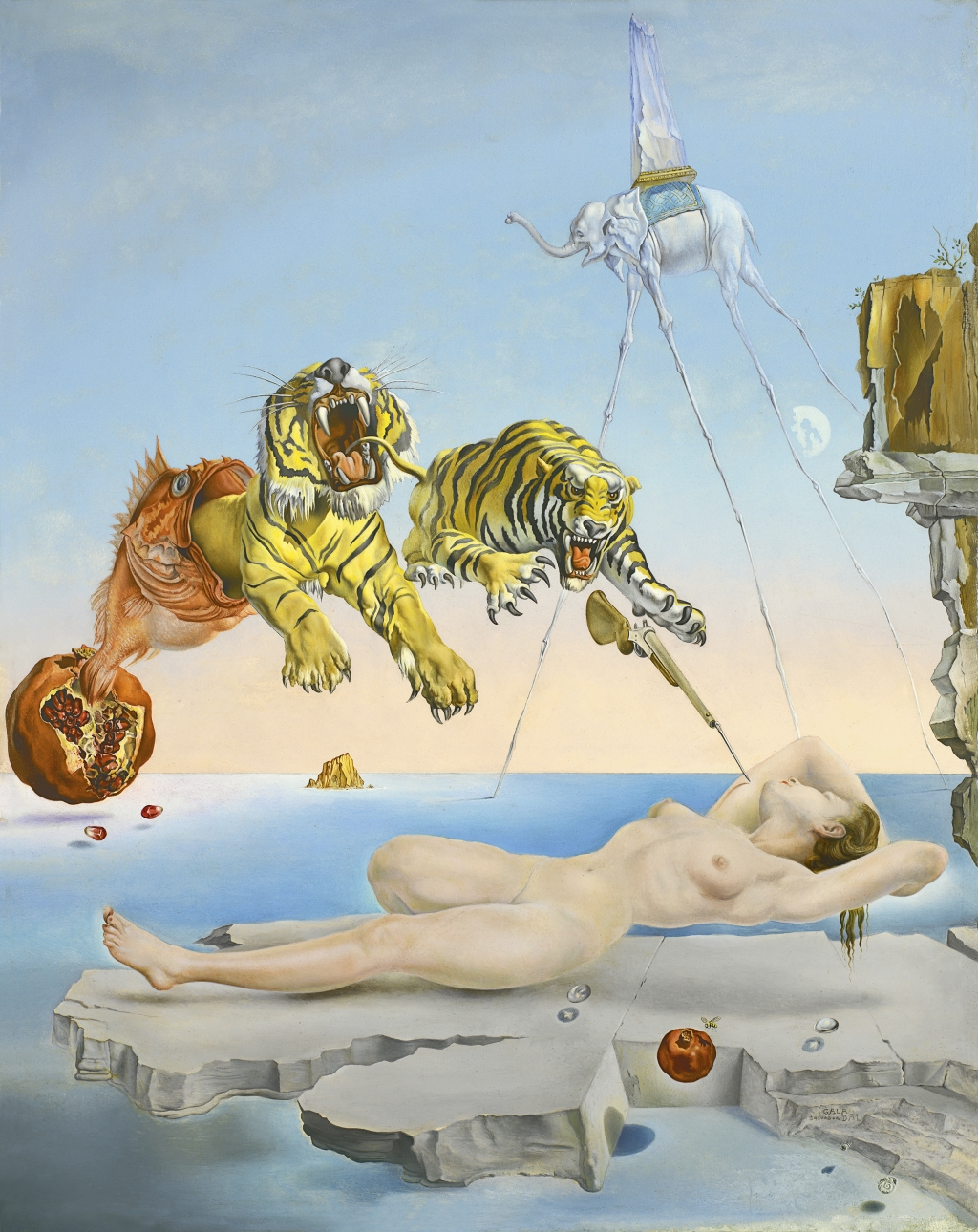 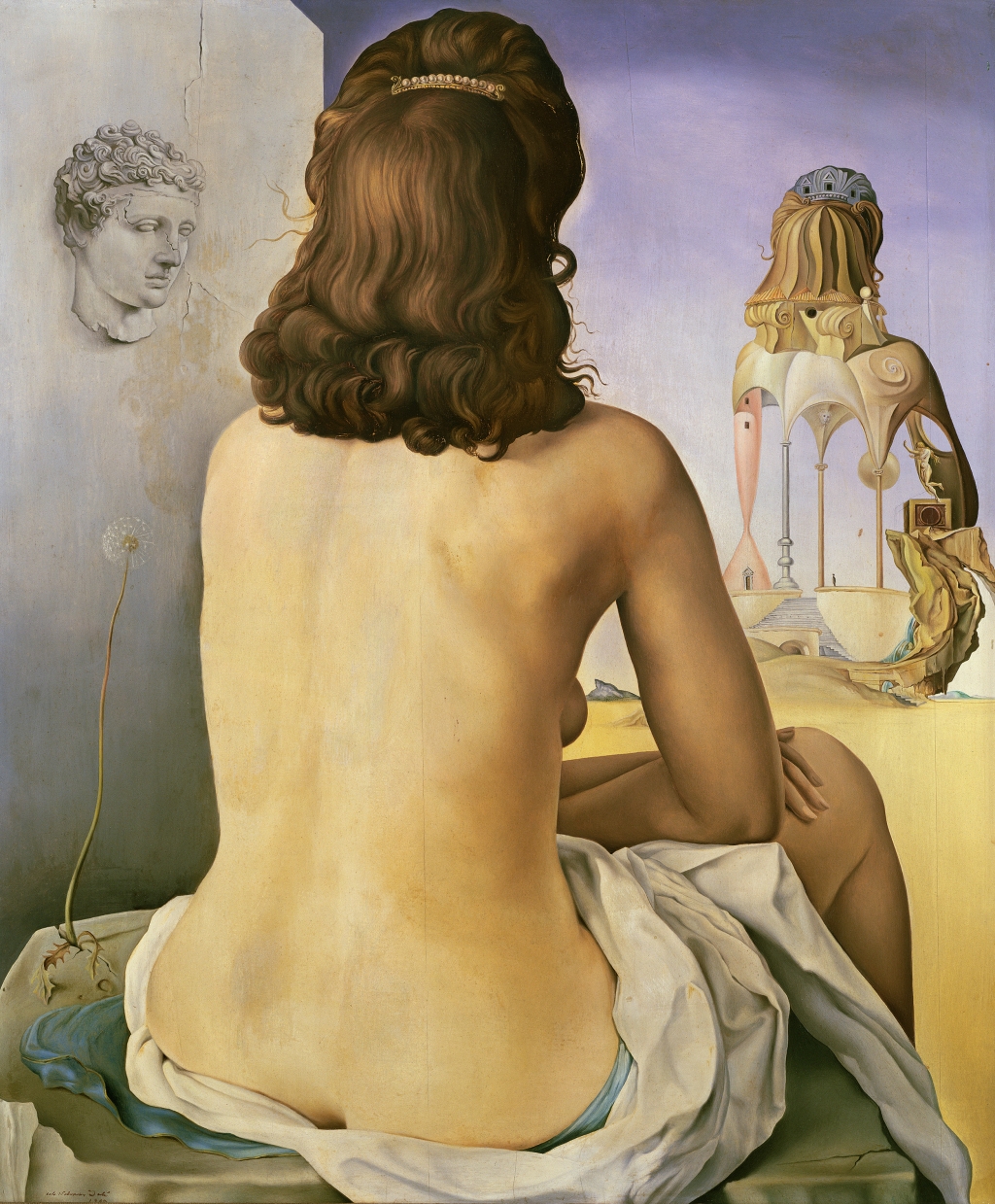 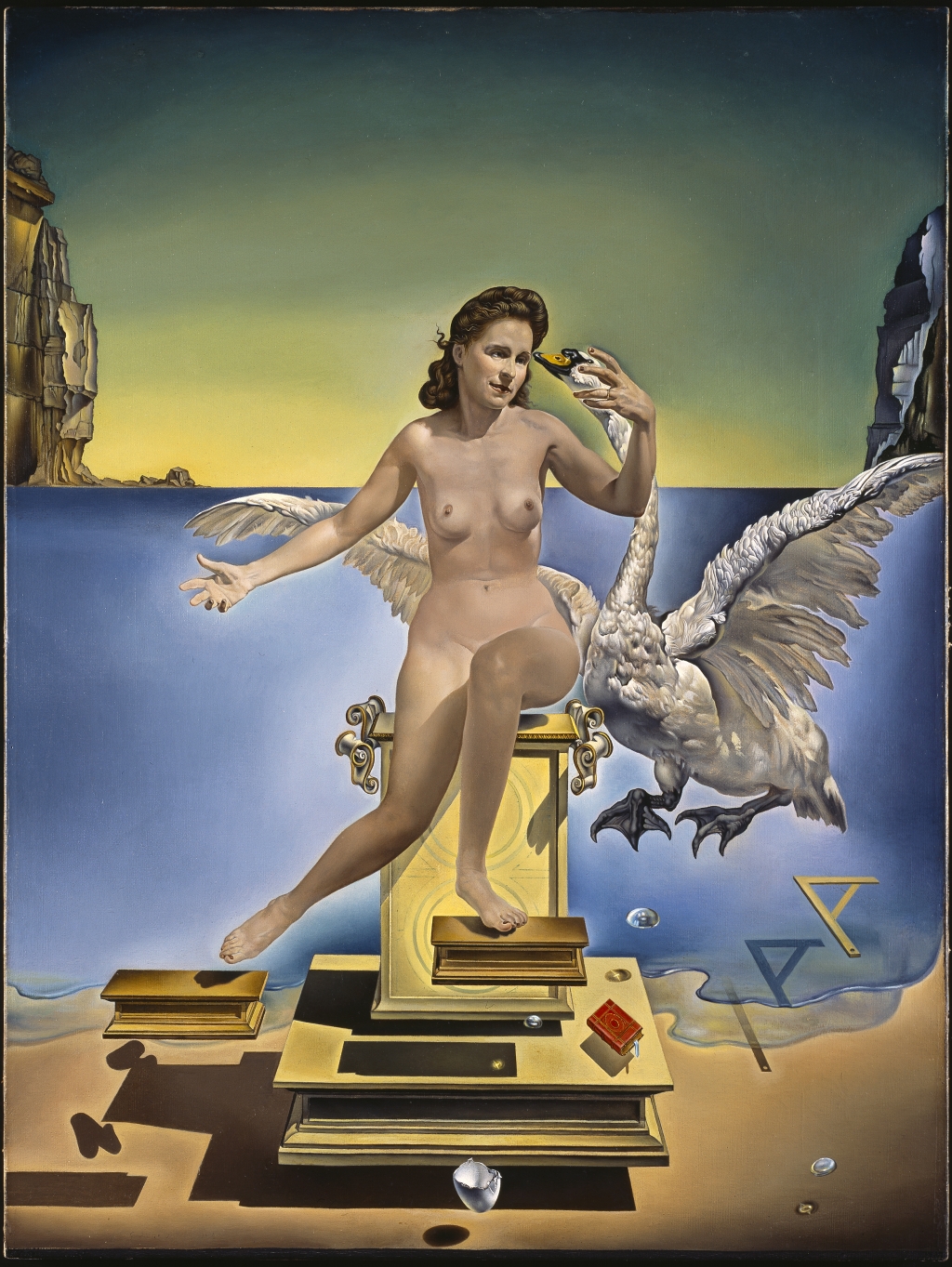 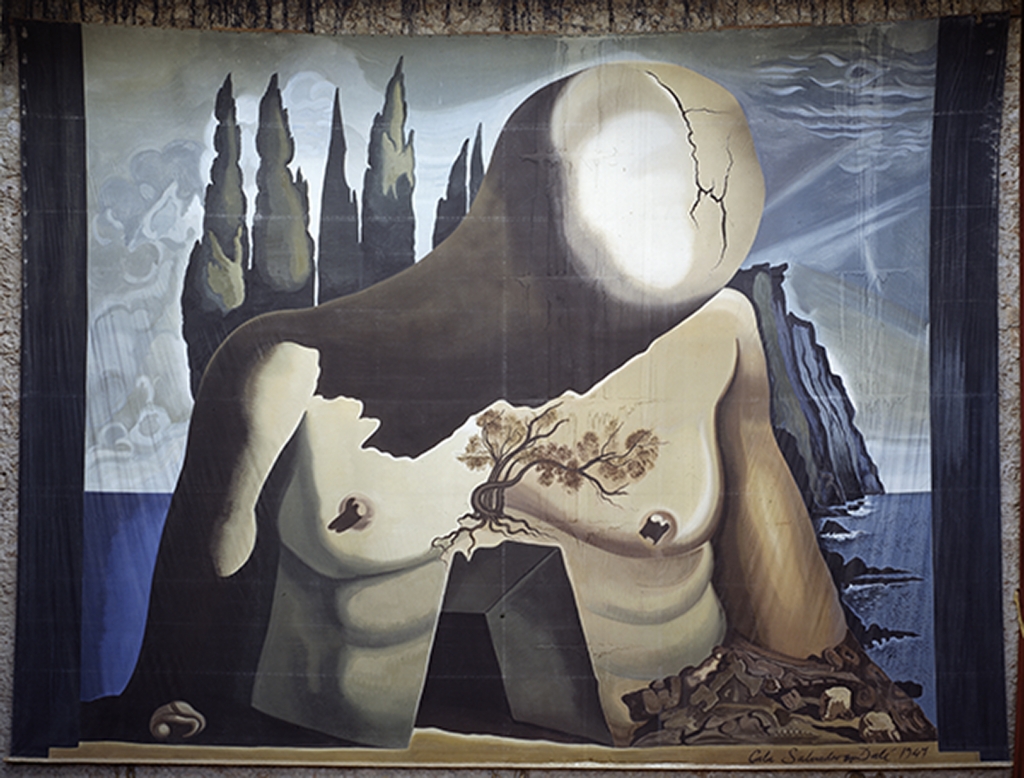 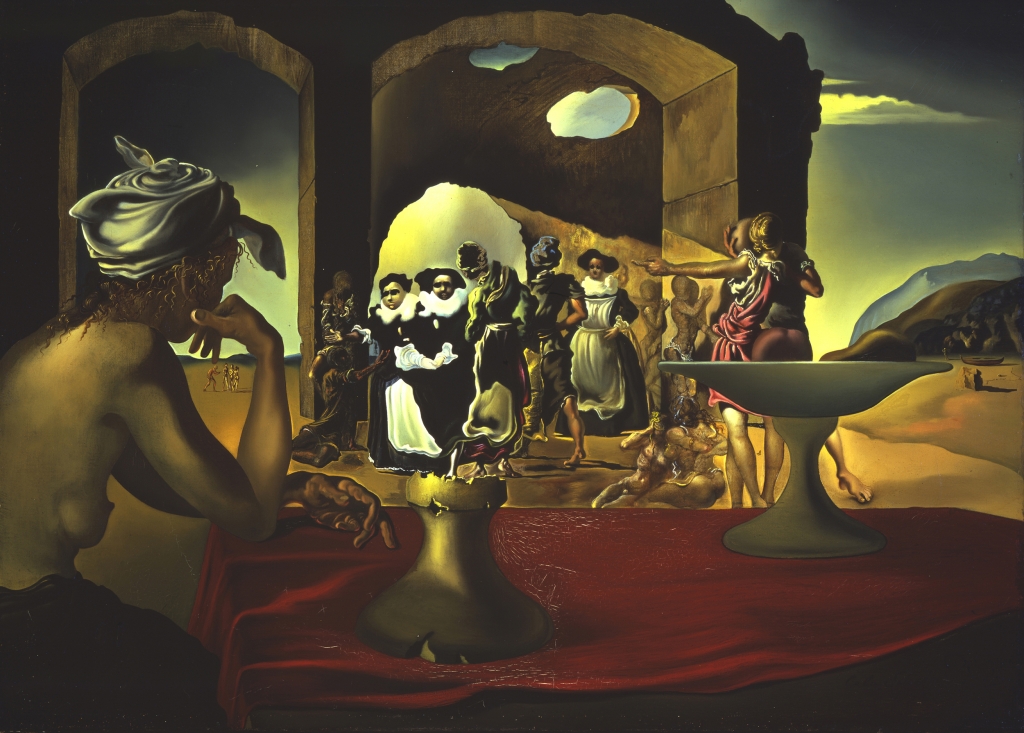 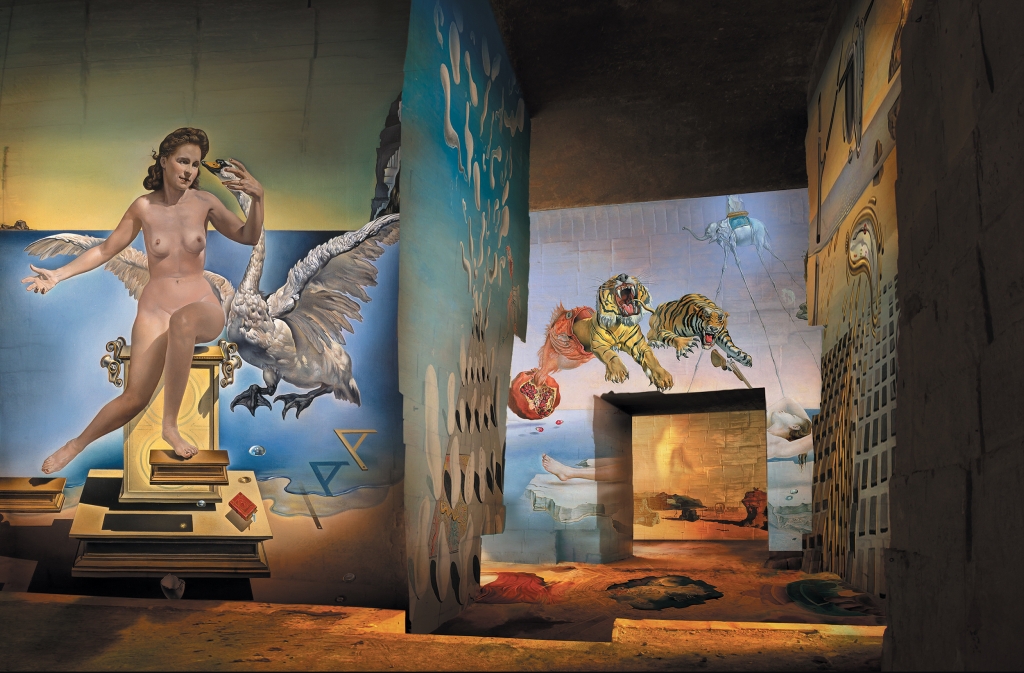 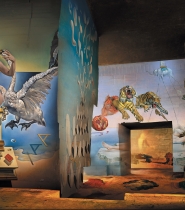 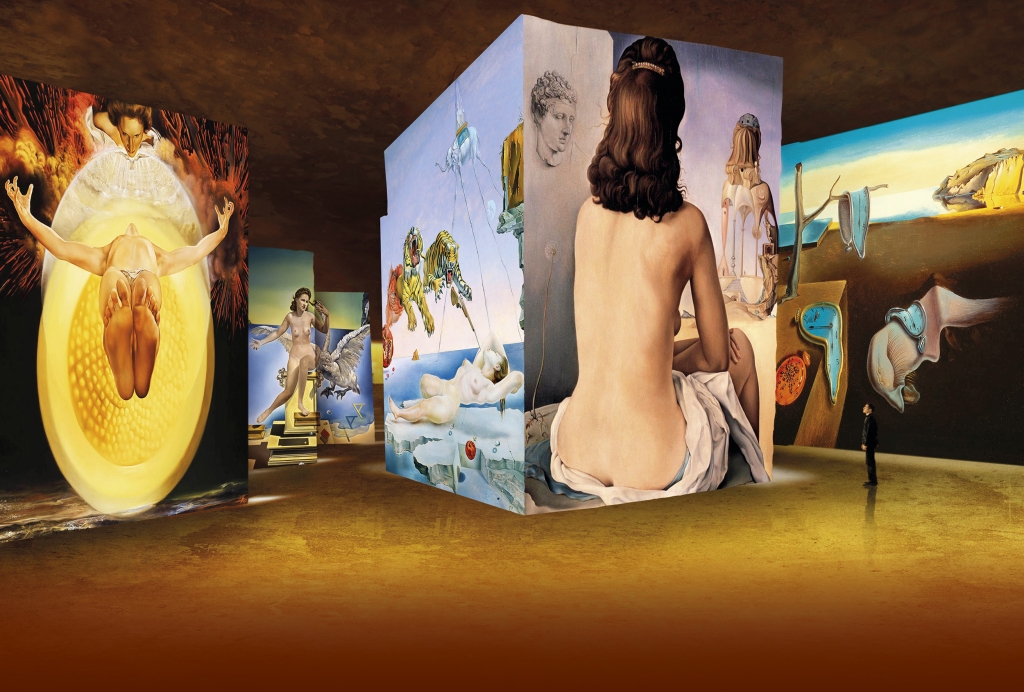 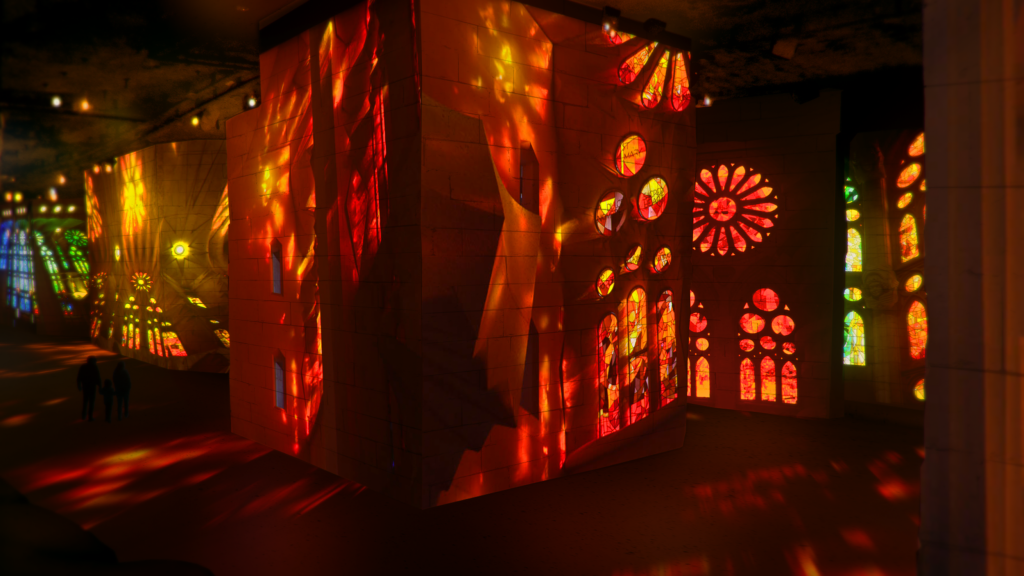 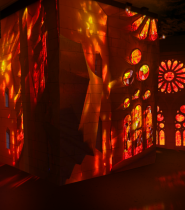 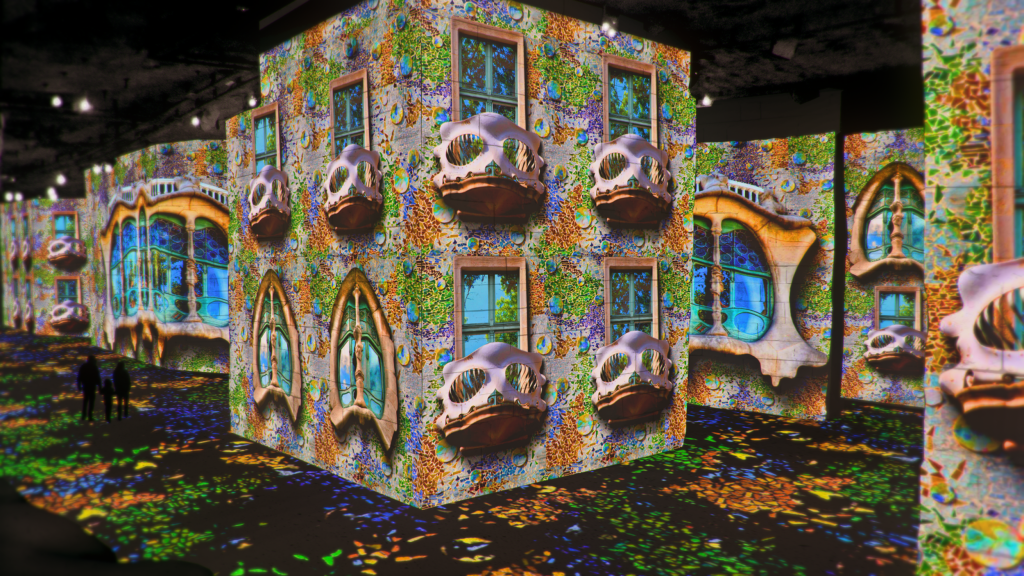 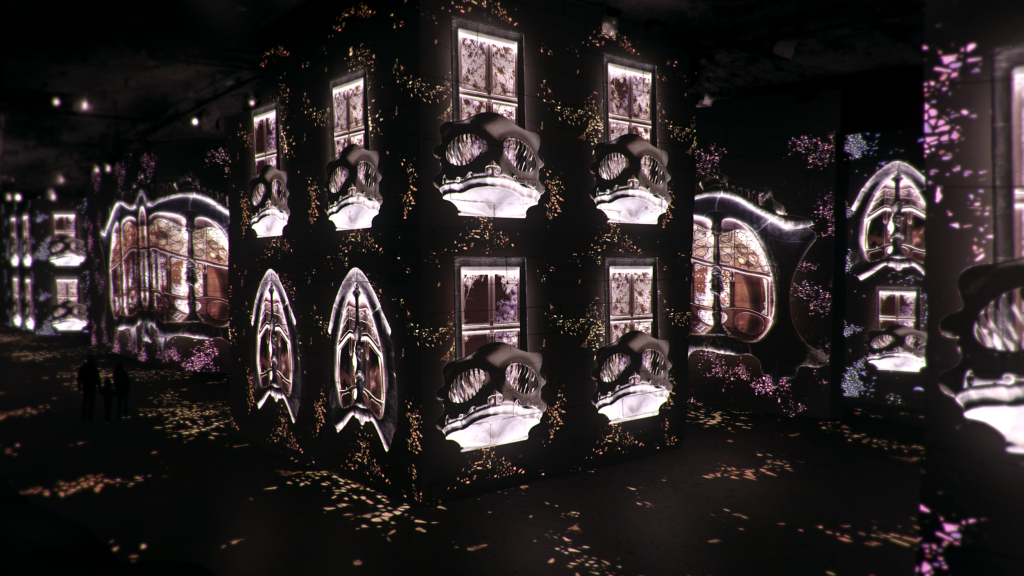 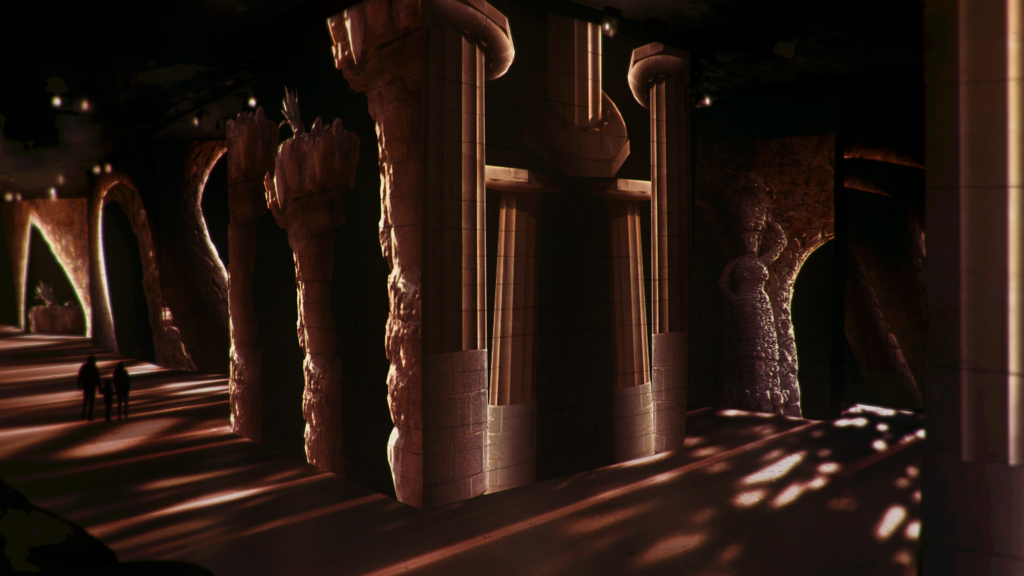